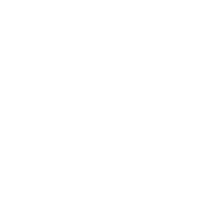 Sought with others to improve deficient transit, community and urban spaces through solutions that outperformed the commonplace in Portland, Seattle, San Francisco, Chicago, Houston, and Denver - the outcome of two projects, Portland's MAX Light Rail System (a recipient of the 2002 Presidential Design Award) and Seattle's Northgate Transit Center, becoming the models for others to follow nationally.

Produced positive outcomes through an ear for essentials, a grasp of how to develop good ideas and a fanatical attention to details.

Won buy-in to proposals through rapid prototyping. Carried original visions and inspirations through all phases of the architectural contract process with high fidelity.

Portland's Westside MAX light rail's precedents in urban transit design, engineering, accessibility and collaboration became a model for other surface rail systems in the United States and other countries.

Master plan for a monastic community that coalesced goals for growth into specific improvements to campus and building facilities on a landmark Willamette Valley hilltop.

Bus transit station on First Avenue next to the Northgate Shopping Mall north of Seattle, WA.

Street improvements for rail transit along NE Holladay Street in Portland, OR.

Planning and design work for hillside parking structure on the Oregon Health and Sciences University campus in Portland, OR.

Copper, stainless steel and precast concrete public art proposal that paid homage to the 'City of Roses' in downtown Portland, OR.

fast-track design and construction periods for a Department of Corrections building project.

Site plan for a food service, retail, and commercial office building project on Sunnyside Road at the foot of Mt. Scott in Portland, OR.