My earlier work on two-color cover pages for the Fall Preview edition of Oregon Daily Emerald student newspaper was such a success, the paper welcomed students back to campus with a beefy, four-color Fall Orientation edition using the same treatment.

A lack of good base photos for inking over led to a campus photoshoot with one of the writers. The shading and color took three separate overlays which could be converted to different dot screens by the Copy Camera. 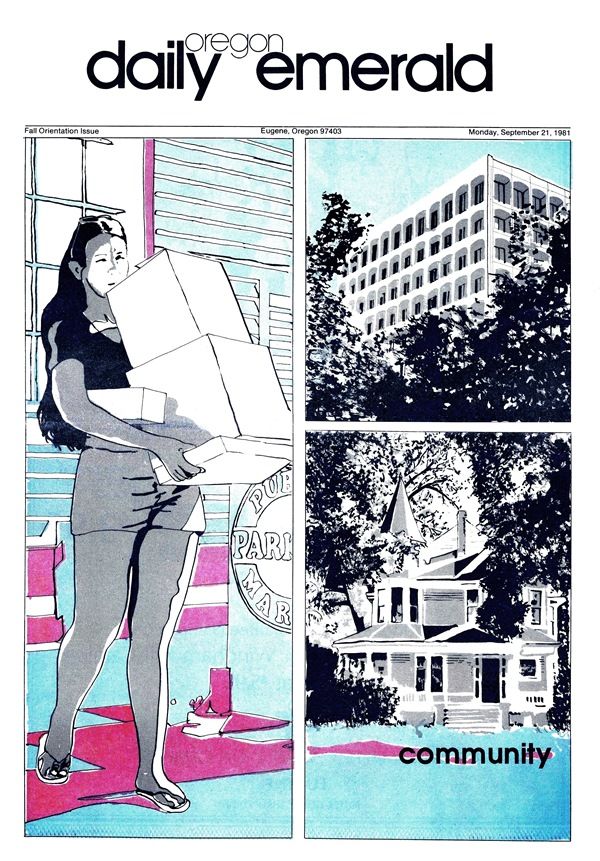 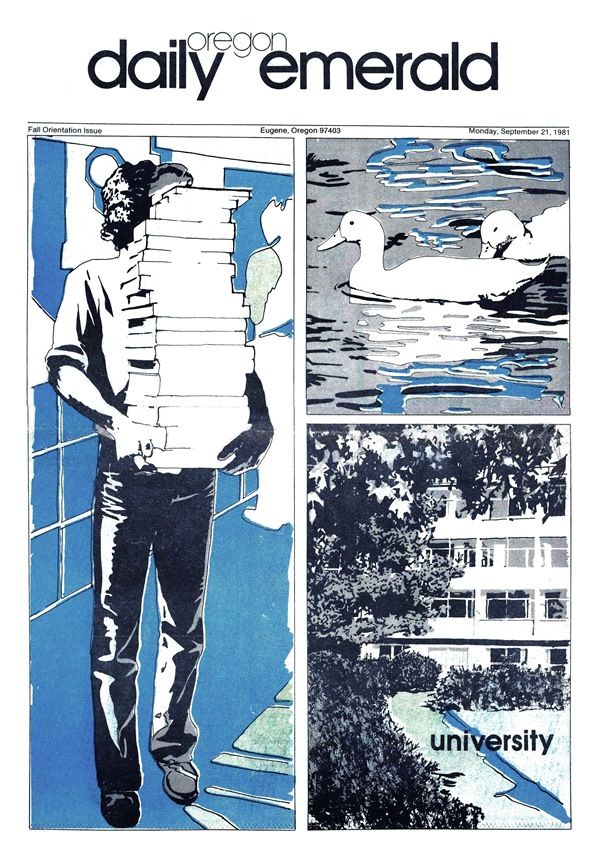