Tuition due to rise

This was the first of several articles that brought attention to tuition hikes while I was graphics editor at the University of Oregon student newspaper. It was also my first cartoon, hacked out in a crude attempt to mimic my predecessor's satirical style. 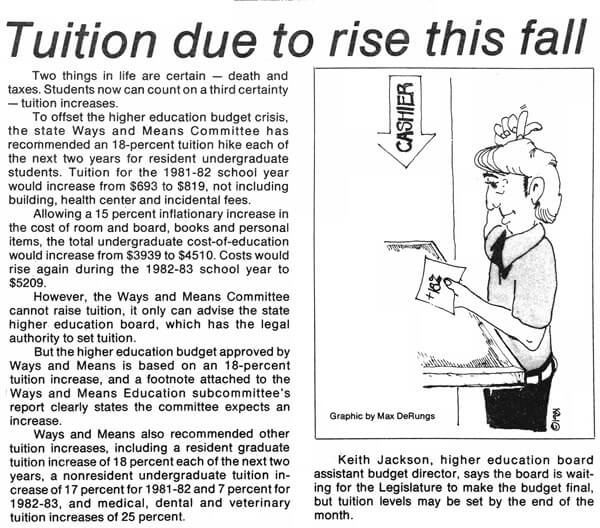