When the annual Civil War football game between the University of Oregon Ducks and Oregon State Beavers disappointed fans in 1981, my editorial cartoon unapologetically reduced the two teams to grade-schoolers playing dice on the 50 yard line. 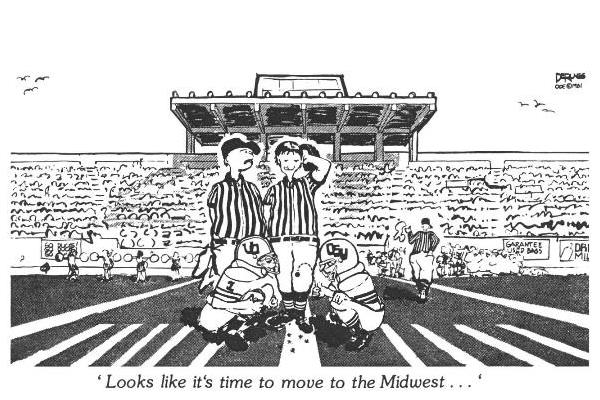 Admittedly, my view was influenced by the memory of a steroid-drunk University of Oregon Ducks linebacker unapologetically bloodying my nose for sport at a dorm party a few months prior to the game.