In this editorial cartoon, a scrawny, blinder-wearing student is hitched to an antiquated wagon of institutional bloat and motivated to slog along a wasteful muddy trail by the diploma dangled in front of his nose by a well-fed University president. 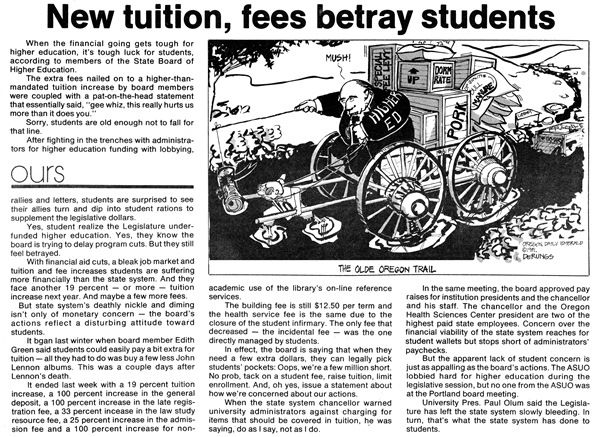 As a full-time student working two part-time jobs to pay for tuition, my role as Graphics Editor at the Oregon Daily Emerald student newspaper gave me a opportunity to illustrate how I felt about the second tuition hike in less than a year.

The abundance of black ink reflected the general mood among poor students at the time.